John Wickliffe House is named after a ship (of the same name) that carried Scottish settlers to the Dunedin city on 23rd March 1848. You can even see a small model of the ship on top of the clock, outside the building. You won't notice the ship, unless you're looking at the clock - but I reckon its a really nice detail, tributing the past. When I looked at the exterior of the building, the first thing I noticed was the cool angle. It looks like a monster took a huge bite off a cube. There is a huge space in front of the building where I saw people having food and taking some photos. Recently, there was an article about the building being painted (Otago Daily Times). This is what it'll look like:
The new colour scheme looks better than the current version. It looks more interesting. What I found even more interesting were the comments underneath the article. The response was mixed about this building being painted. While one commented that "the artist's impression of the painted building certainly does look better", another commented its "an ugly building, typical of its time, and will never become iconic. No loss if it is allowed to decay and for the wrecking ball to come in". 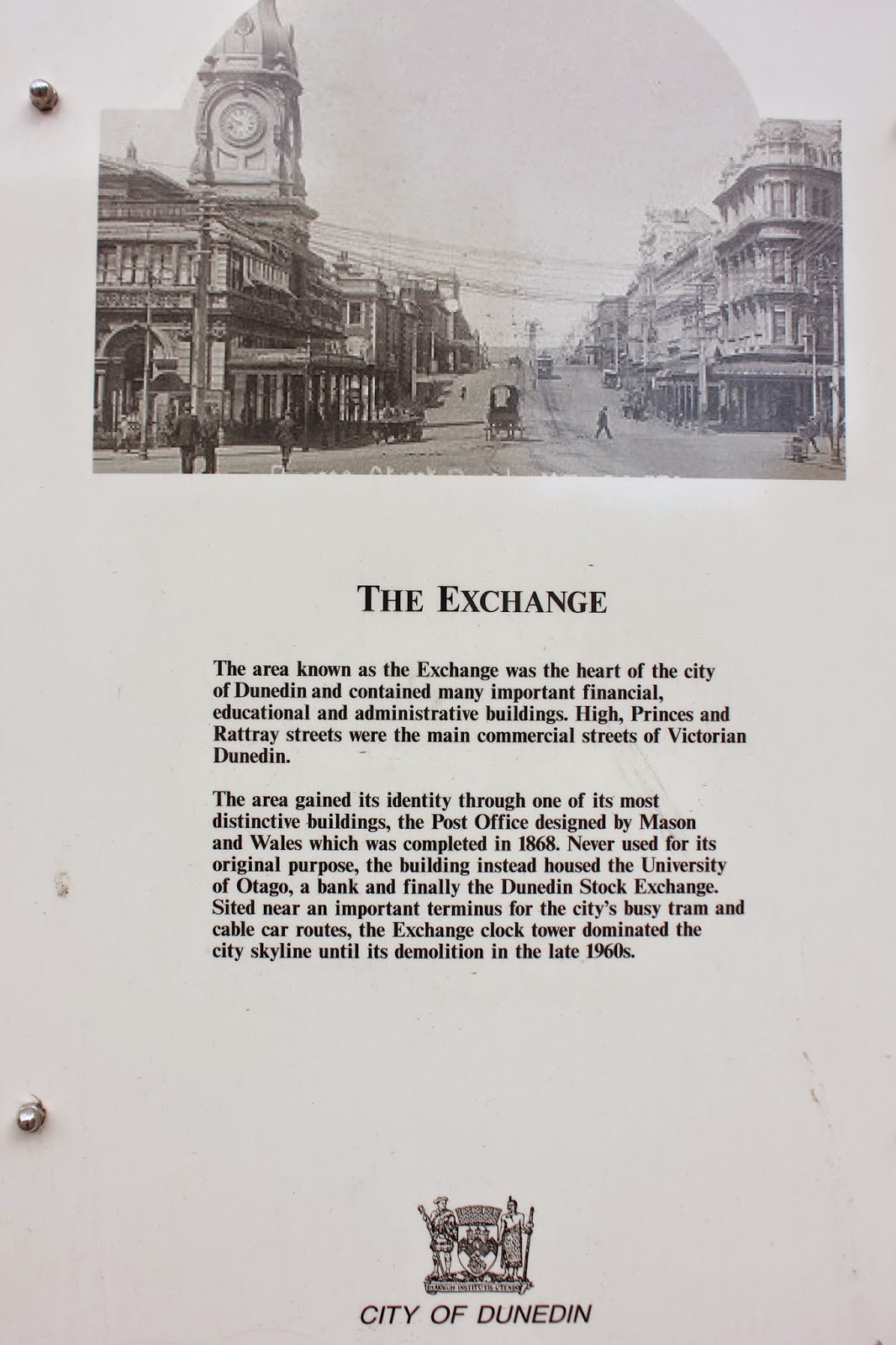 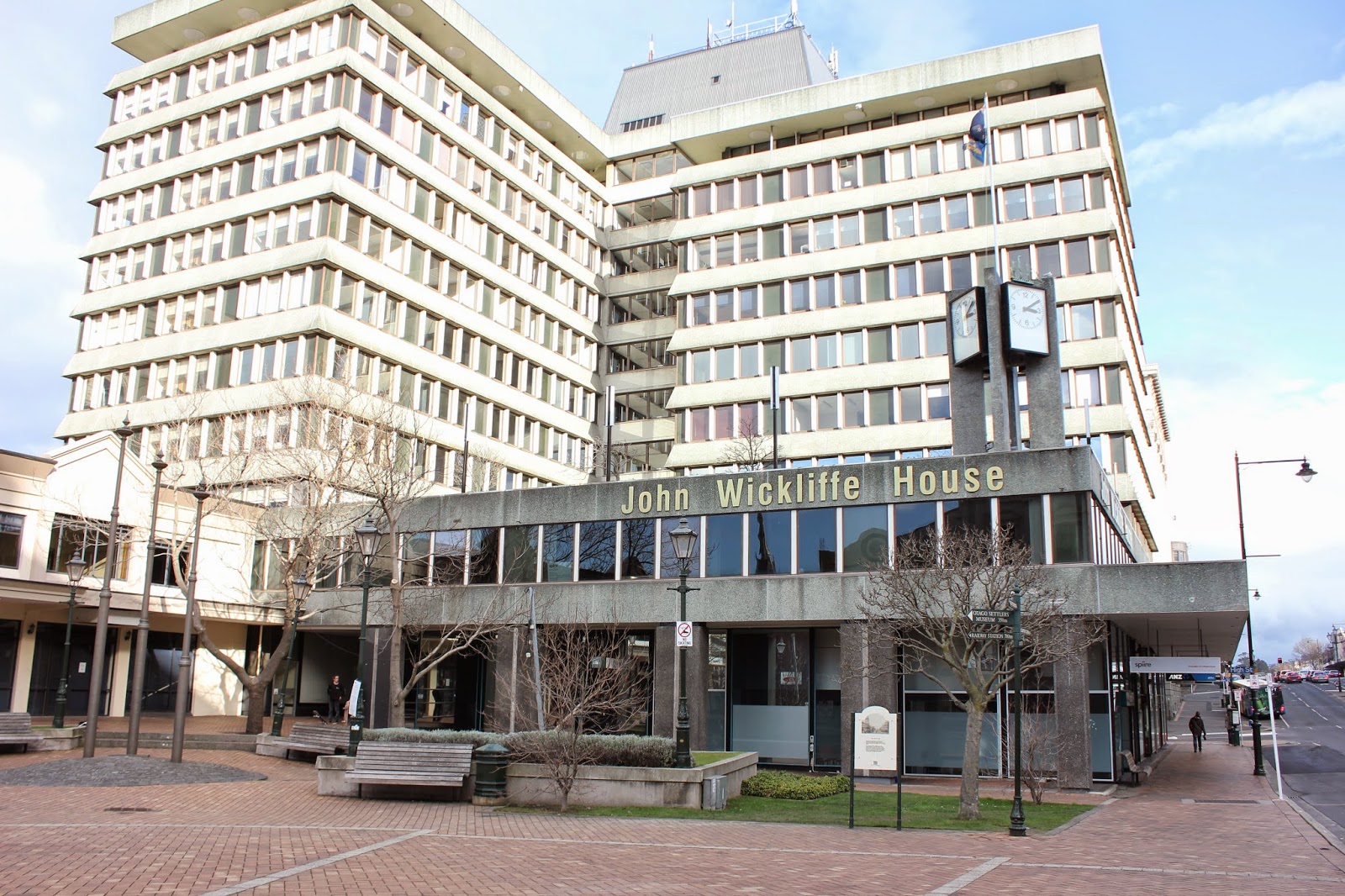 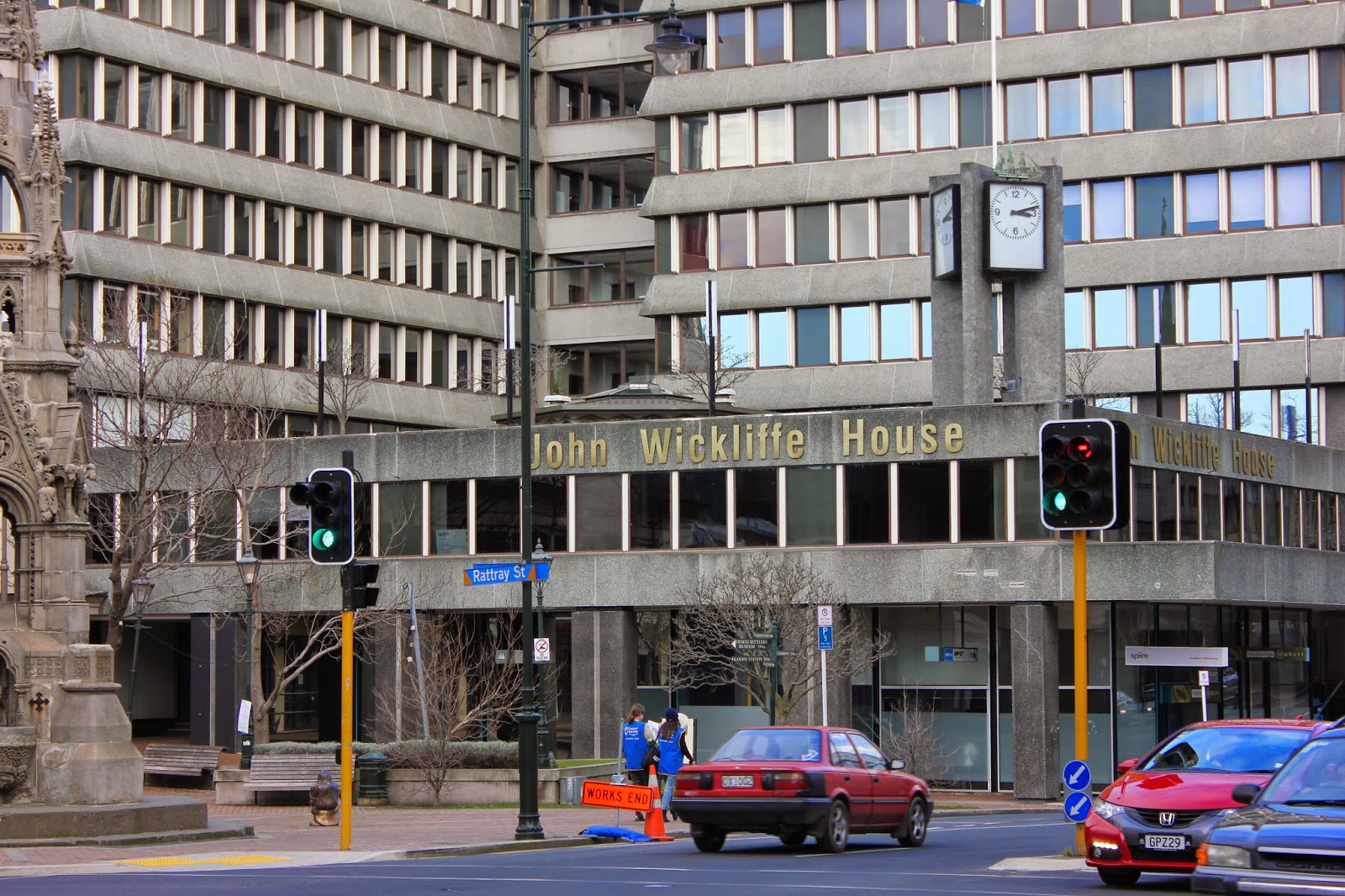