Although I have lived in Dunedin my whole life I have never really taken much notice of this building, and originally thought it was connected to the Public Library. This is probably because the shops on the ground level sort of take away from the building itself – due to the protruding covers that block the rest of the building from street view. Looking at it in a different perspective I find it quite interesting. My first thoughts were that it looks like a layered wedding cake with several terraces going up in levels. These terraces minimize the impact of such a large building compared to the other buildings in the surrounding area.  My initial research has revealed that the building had many false starts and delays. The brief called for a structure that was to be stepped back from the octagon to avoid a large mass that would block the sun and loom over the neighbouring Municipal chambers. When I took some photos of the building I found that it did block the sun a bit, but that could have been the time of day. 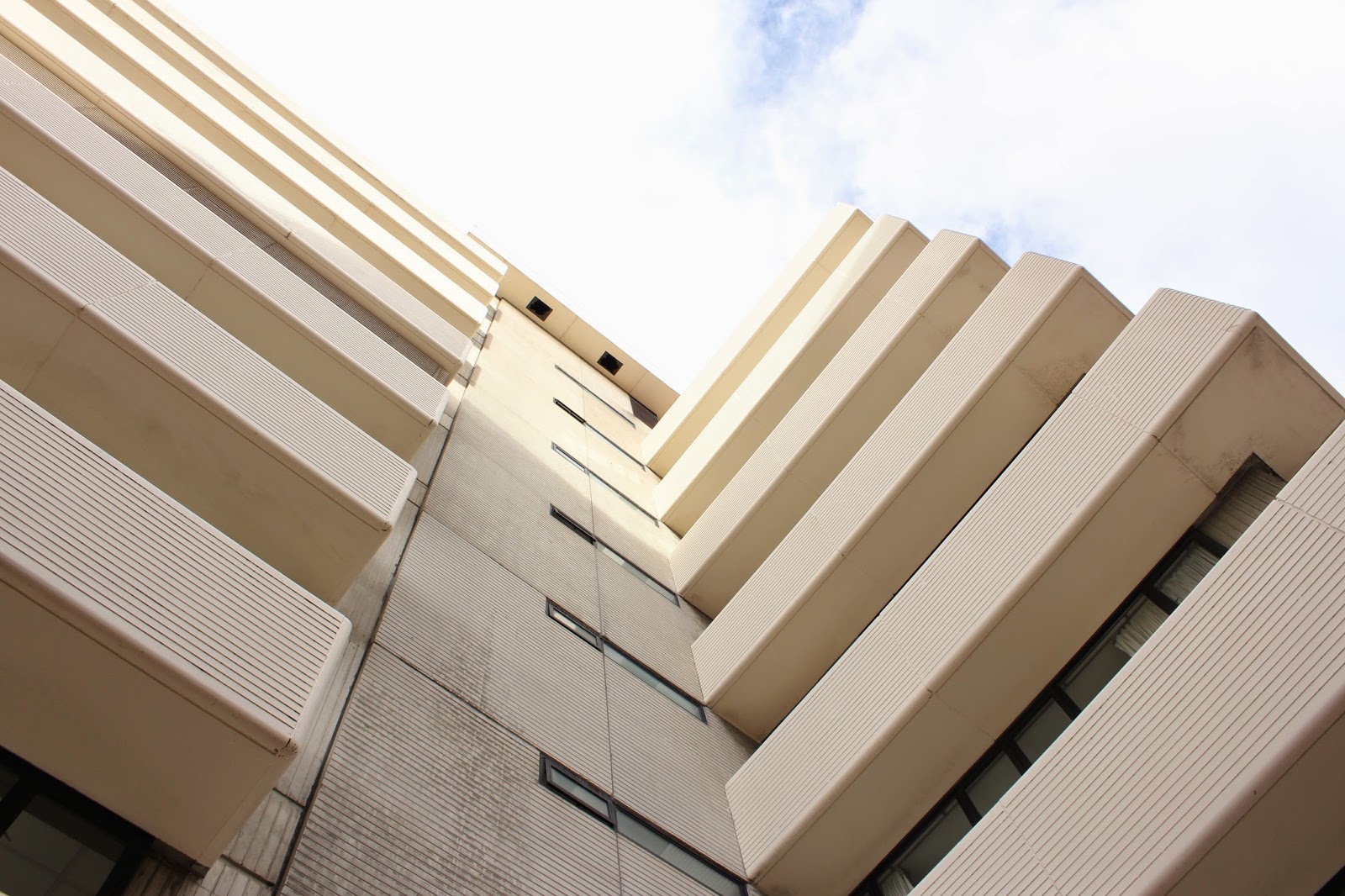 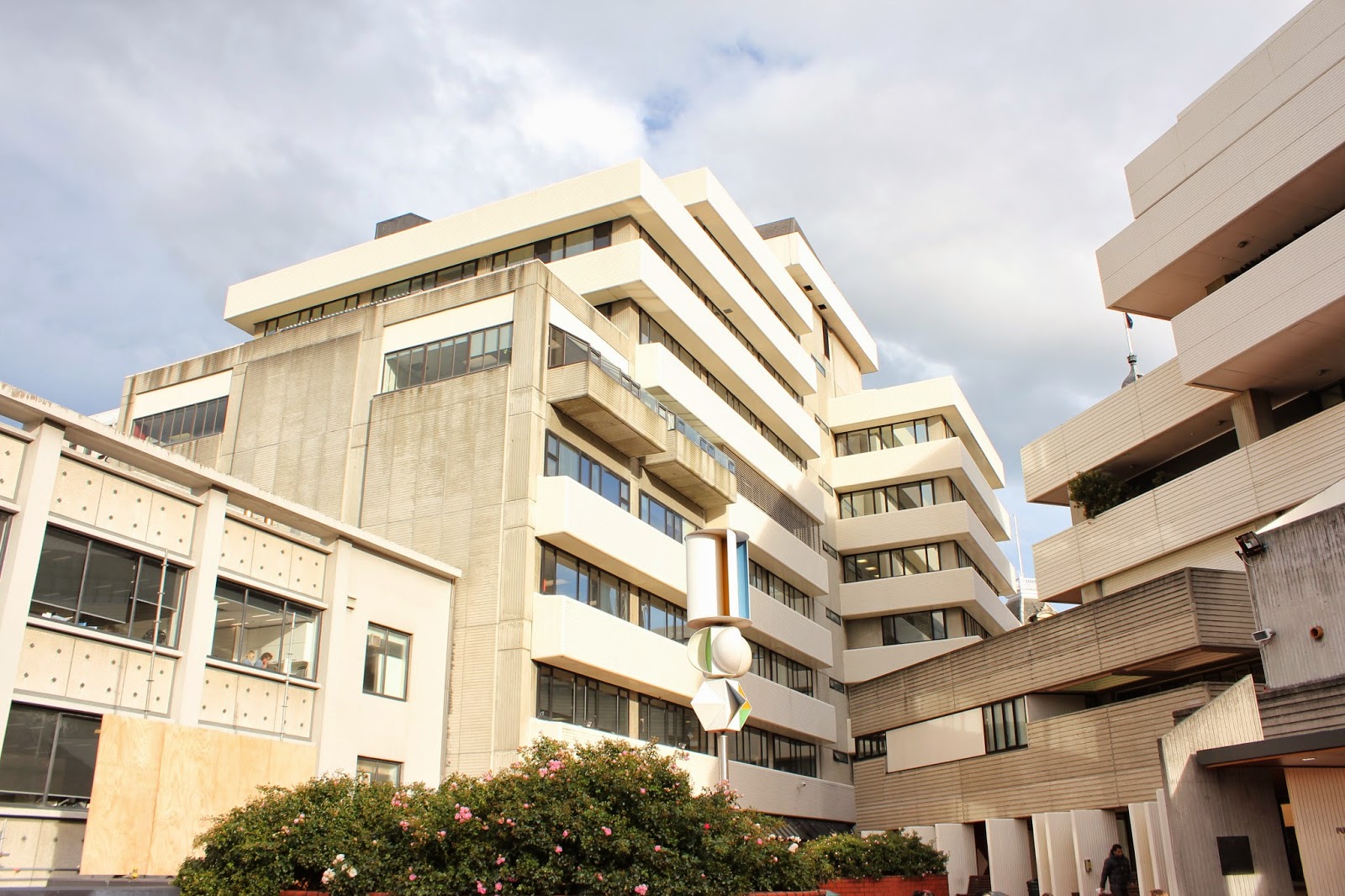 Lily Renwick
Posted by Unknown at 17:45